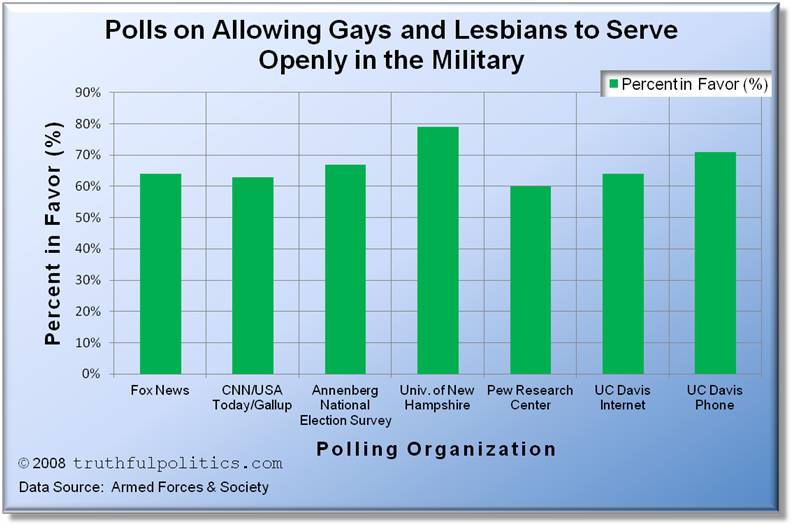 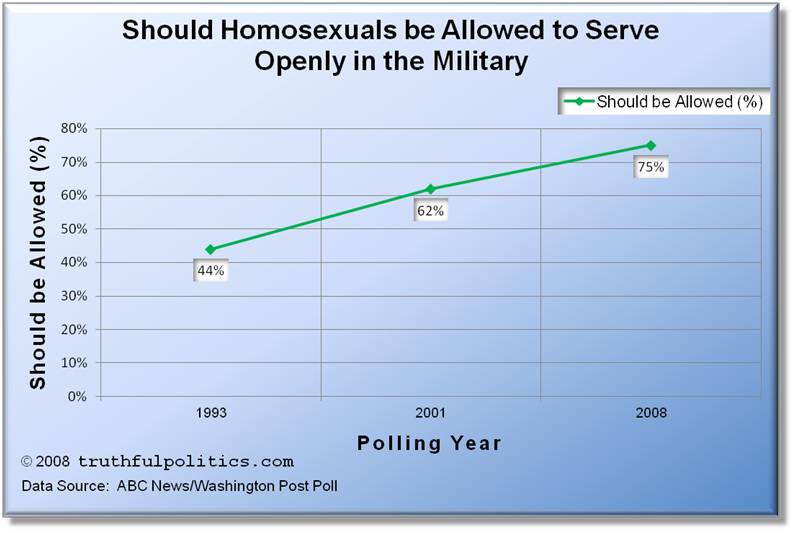 According to the International Lesbian and Gay Association (ILGA), the following countries allow openly gay, lesbian and bisexual persons to serve in the army. The report was published in 2006 and the year next to each country indicates the year that country allowed service:

The following countries do not allow open service:

To read the entire report, click on LGBT world legal wrap up survey.