The Congressional Research Service in October of 2008 provided a report for congress on the expenditures on the War on Terror: 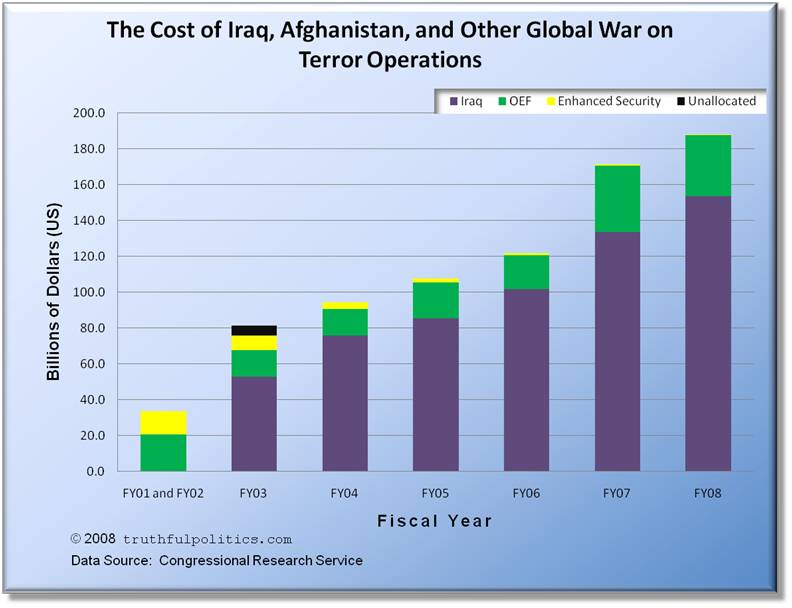 To read the entire report, click on The Cost of Iraq, Afghanistan, and Other Global War on Terror Operations Since 9/11.