James Sherk of The Heritage Foundation in July 2010 reported the following: 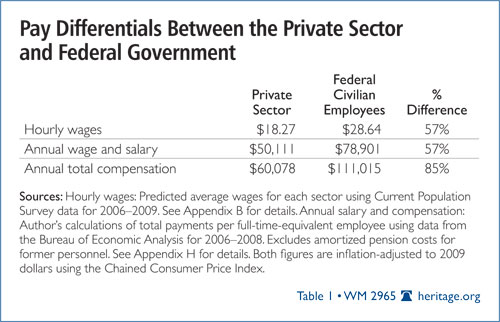 To read the entire report, click on Comparing Pay in the Federal Government and the Private Sector.

Dennis Cauchon in USAToday in December 2009 reported the following:

To read the entire article, click on For feds, more get 6-figure salaries.