“The U.S. health system spends a higher portion of its gross domestic product than any other country but ranks 37 out of 191 countries according to its performance, the report finds. The United Kingdom, which spends just six percent of GDP on health services, ranks 18 th . Several small countries San Marino, Andorra, Malta and Singapore are rated close behind second- placed Italy.” 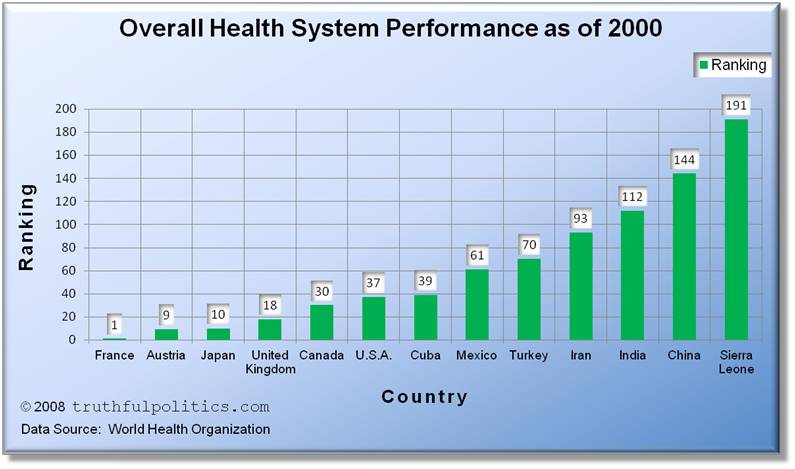