Joseph Wright, assistant professor at Penn State University and visiting fellow at the University of Notre Dame, produced an article for Catholics in Alliance in November of 2008 addressing the effect of socioeconomic factors in abortion reduction.

AFDC stands for Aid to Families with Dependent Children. This program was changed in 1996 to TANF which stands for Temporary Assistance to Needy Families. 21 states have a limit on the number of children eligible for AFDC-TANF benefits. The study also mentioned the following: 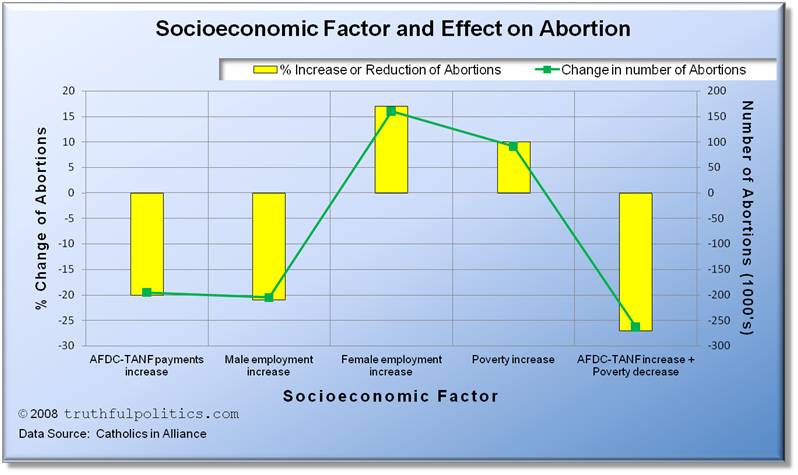 To read the entire study, click on Reducing Abortion in America: The Effect of Socioeconomic Factors.