Truthfulpolitics.com reviewed the Preliminary Report on Foreign Holdings of U.S. Securities at End-June 2008 from the U.S. Treasury Department issued in February 2009.  The report shows what countries hold United States debt and the amount. 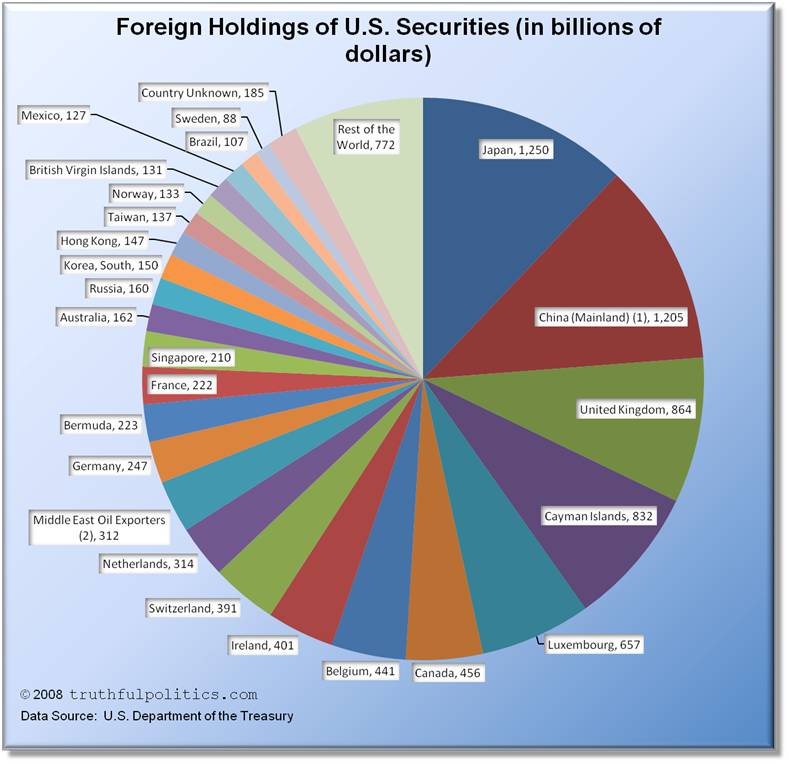 To read the entire report, click on Preliminary Report on Foreign Holdings of U.S. Securities at End-June 2008.